A New IEP, A New Classroom, And A New Start For Griffin 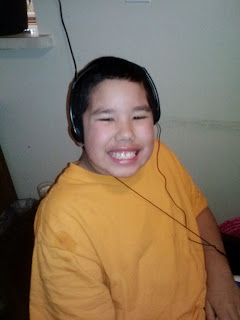 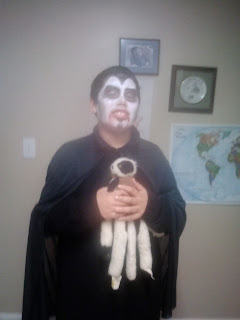 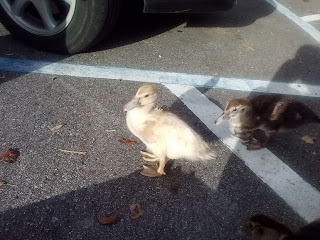 WOW!!!!! A lot has happened since June! We had the best summer of our lives, I guess that is why I didn't write in the blog because I was having so much fun with Griffin that I didn't really even spend time at the computer even when he was with Zach his new respite provider. Oh yea, he has a respite provider now! And he is awesome! He comes most weekends and he is from the Autism Society, he has many years of experience with autistic kids and still works with them in a school setting.

Over the summer we went swimming, to the lake to feed the ducks/geese of course, to have picnics and cookouts, we liked to just go exploring driving around in the car, he likes looking around and feeling the wind in his face. Sometimes we go for ice cream or a burger as a treat if he has had really good behavior and done all his chores showing me that he can be responsible at home.

For awhile after school started in the fall, there were problems and I couldn't figure out what they were because the teachers wouldn't communicate with me. Then little by little I started getting them to loosen up and talk to me through e-mail about his behavior but then they still wouldn't tell me what was triggering it. Griffin was hitting again but not at home this time only at school. Things at home were perfectly fine but at school he had a communication problem and the teachers were not picking up on it because they said that they had too many students and I am sure that they did, they were overwhelmed and couldn't give him the attention that he needed. Griffin even came home and told me that he hit a little boy because he wanted his attention. I told Griffin that he needed to use his words and that if he felt like hitting someone to sit on his hands but Griffin said that he had "tics" and that his hands were out of control. To me that meant that he was feeling impulsive.....perhaps his ADHD or his Bipolar feelings aggravating him.

Anyhow, the mainstream teachers didn't understand him and in the meeting that we FINALLY had after I had asked for one over a month before, they wanted him in the smaller self-contained classroom and said that he was not learning in their room. I kind of felt that they just wanted him out of there because of his behaviors. The other half of the teachers wanted him in the LRE (least restrictive environment) which means mainstream with accommodations. I was torn because I had asked Griffin the night before and he had told me that he wanted the smaller classroom but two of his therapists had recommended that I go with the LRE if I can.

I was in there alone in the IEP meeting because I had forgotten to remind the Autism Society advocate the day and time of the meeting so I felt a bit overwhelmed. Everyone was hands down for the self-contained classroom and we worked up the schedule and everything and I went through the paces but I knew the whole time that I wasn't going to sign the papers until I talked to a few people outside that room, I had to think it over and talk to Griffin again as well. They came up with a schedule that was not just special needs classroom but he also had time with his typical peers in P.E, lunch, Spanish, reading, and science. So, it ended up being about a day that was half and half and hopefully moving around that much won't be too overwhelming for him.

I just hope that I am making the right decision for him just as I do every day as I strive to be the best mom that I can possibly be. I know that I can't be perfect but I want him to see that when I make mistakes that I make up for them, I try hard to improve upon them and succeed in spite of my flaws. I don't want him to think that I am supposed to be perfect and put me on a pedestal because that might cause him to have a low opinion of himself thinking that he couldn't live up to too high standards. I just tell Griffin that in God's eyes we are perfect but that we all make mistakes and that's okay.....we just keep trying over and over and one day you will succeed. I tell him that he is doing an awesome job everyday at home and at school especially since he stopped hitting and I give him positive reinforcements. We still use the Level System that we adopted from Copestone that has worked like a charm. All I have to do is ask Griffin if he wants to lose a level and immediately he will say "NO!" and he will automatically begin to behave on the spot!

Griffin and I have come a long way and in the last year we have bonded a great deal. He has grown tremendously just in the past 6 months since he started puberty. I have started thinking about what it is going to be like when he turns 18 yrs. old. whether or not he will go to a group home or not, whether I will even be alive or not. He is growing so fast and wanting his independence and I am having to let go but at least he does still like to snuggle!