Stress for Both of Us

Griffin had a substitute teacher today and he doesn't do well with them so I got a call from the school that he was sick and of course I could not come to pick him up and I felt helpless. My friend who lived 30 minutes didn't have a car to get him so the school had to keep him in the office until the bus could bring him home. If only there had been someone else to call who would have been willing to help. I do not think that I am going to have the other foot operated on until I know that there are people available to help me and Griffin when we need them. I had rather suffer frankly.

Griffin was so upset when he came home that I couldn't come to school and get him, he didn't understand. He just kept on and on and on it drove me insane! He kept running inside and out of the apartment and there was nothing that I could do being in a wheelchair I was helpless but to try and talk to him as he screamed. I tried finally by getting firm with him and demanding that he stop running in and out because the heat was on and because it was snack time. I told him that if he didn't stop that he was going to lose computer time.

He came to his senses and gave me a hug then I had to lie on the couch to rest my leg. Griffin made himself a snack. By this time I was full of anxiety. Later it only got worse as Griffin would not listen to me and do his homework then he spilled popcorn all over the floor that I had just vacuumed earlier in the day, that had taken over 30 minutes to vacuum. The poor guy was going through his own stress and then I was going through my own. Fortunately he has a TV in his room where he could get out of the way of the vacuum and I struggled to get the kernels up the best I could, it is not easy vacuuming in a wheelchair.

Then after all that I gave myself some time to relax and then I reminded Griffin for the 10th time that he had to do his homework. He was dramatic but came into the room and started it. It is no wonder that my blood pressure is high now that I think about it, I do have a lot to cope with each day. It is just that I am so used to it that I don't think about how stressful it really is. Now that I have no outlet and I am trapped here then it is like there is a boiling point.
Posted by Lora at 5:50 PM 1 comment: Links to this post

Griffin has been such a big helper since I have been in a wheelchair for nearly a month now. He helps me without even complaining and I have to ask a lot of him sometimes in order to keep from using my foot. I cannot put any weight on my right foot at least for another month and neither Griffin or I have been out of the apartment for any reason except for him going to school and I got out once when my friend took me out to go to the store for a day.

I am so proud of Griffin that he takes Abby out and walks her several times a day. I try to get him to go out to the playground but he will not usually go and when he does go outside he goes out of sight and worries me that I will not be able to get him back in by yelling for him because he might go out too far. It is scary when one is in a wheelchair inside and can't go out to get your own child if there was an emergency, I don't even know if my foot would even support my weight right now if I tried to use it because the surgeon shortened the tendons attached them to a bracket and broke my toe cutting off arthritis flattening it so I do not know what kind of shape it is in as far as functioning normally.

I have an Occupational Therapist that comes to the house that helps me learn how to do things from the wheelchair but there are still limits. I am able to load the dishwasher and do the dishes, mop the floor but I can't use the dust pan so I can't sweep. I can't make my bed nor can I vacuum without making the mistake of using my right foot (oops). Can't really use the stove from sitting position in the wheelchair, too dangerous, but I am waiting for a knee walker that is supposed to be good to help me be up above the stove and my right leg supported. Thank goodness for the microwave, the food is awful but it works. I can use the oven too, the only thing is that we run out of frozen food since the freezer only holds so much. I don't get to the store often but my friend does pick up milk or a couple of necessities when we run out.

Griffin got to go on a fire engine yesterday with a very good friend of mine whose husband is a firefighter. She said that he was apprehensive at first because the truck was so big and intimidating but that the guys helped him get over his fear. She and I agree that it is good for him to be around the guys and that the male influence is just what he needs at this stage in his life. He needs to learn to ride a bike, his scooter, and to some rough and tumble sort of things that boys do. Moms....like me....who are too protective just don't let him do those things. It's not really that I don't let him do those things it's that I don't know how to get him to do them. When you only have one child and that one child is a special needs child it is very difficult to just send him out there and say go take risks and get hurt. It is hard to take chances when you only have one offspring and you already feel that that offspring is somewhat (for the lack of a better word) fragile. NObody knows what it is like until they have been in my shoes to judge me and to think or say what I should or should have done with him. Even though I bought him a scooter I just didn't know how to get him motivated to ride it properly, he watched the neighborhood kids but it didn't help. It seems like I am being defensive because I have had individuals judge me and my parenting skills telling me about what I should do differently with Griffin and I know that they read this blog.

My friend has boys and a husband who are all willing to be there for Griffin and to help him grow as if he had a father, brother, or uncle in his life. They went to the grocery store for me and picked up several items. I asked her to get a treat for Griffin, like cookies, since he had not had any sweets for nearly a month. He chose Oreos, the new kind and I made the mistake of leaving him alone with them after everyone had gone. I wasn't paying attention, thinking that they had been put away with the rest of the groceries but he had them next to him at the computer and munched on them until he had over half the package gone! I didn't find out until he had gone to bed and I was cleaning up. I guess that he made up for lost time and he won't be getting the rest of them for awhile now. 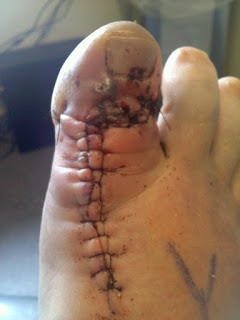 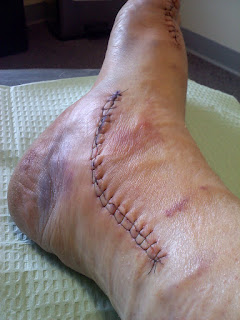