The Field Trip to the Aquarium in Tenn. 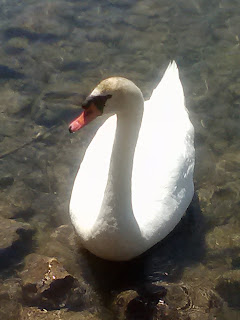 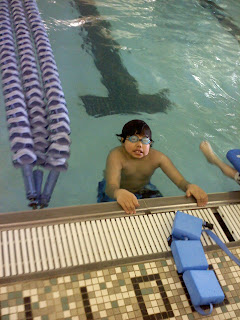 We have been going to the lake and to the YMCA each weekend to spend time together and probably that is what we will be doing this summer too not only because it is his favorite but because it is cheap and close by not to mention.....lots of FUN!!!! I absolutely adore going to the lake and watching all the birds and water fowl, I am becoming a bird watcher myself trying to learn all the bird songs and how they appear. Griffin has shown quite a bit of interest in it as well as a matter of fact, he is the one who started it especially because of his love of penguins. 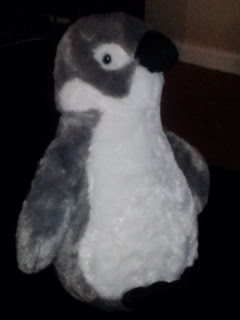 This adorable little baby penguin came from the aquarium in Gatlingburg, TN where Griffin went with his 5th grade classroom and his sweet friend Emily bought it for him. I thought that was so wonderful, I wonder if she had arranged it with her mother beforehand because this toy was not cheap, by its size it looks as if it was at least $30.00 from a place like the gift shop at the aquarium. Griffin's classmates are all so nice to him, when I went to drop him off for the trip that morning they greeted him and gleefully reminded him of how he was going to get to see the penguins at the aquarium. When he returned from the trip he didn't have very much to say except that there were penguins, sharks, and a restaurant that he wanted to eat at....LOL!!!! That's my growin' boy, always eating! 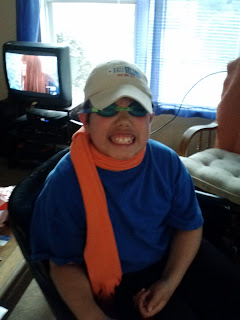 Griffin dressed as Snoopy's "The Flying Ace" he told me as he was on the computer playing the music and watching the video. 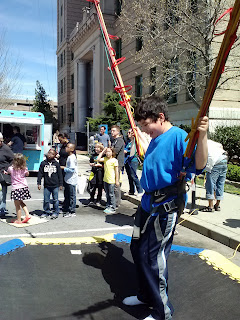 Saturday we went to the next city over where there was a YMCA festival for the whole family celebrating fitness and health. Griffin actually got on this bungy (I don't know how to spell it) jumper and had a blast. He wanted to go again but the line was so very long and my feet were hurting so badly because we had been there so long already, it was all I could handle. I had hoped that he would interact with the children there but he wasn't interested. He did say that he had a lot of fun though. 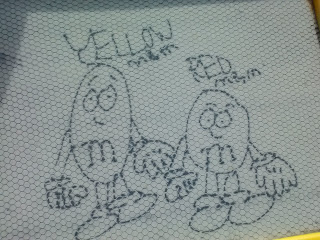 This is Griffin's M&M's masterpiece on his scribble pad. He is so amazing that he can literally scribble out his creations in seconds and I know that if he took just a few more minutes of time that they would not look any different than those of professional commercial artist. I think that he just has a hard time focusing for longer than a few seconds and he gets bored easily. 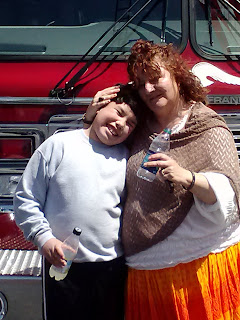 This is Griffin's Godmother, Vicky, she is a beautiful soul and loves Griffin dearly. Her dear husband Wayne has kidney cancer and we were at a benefit at Etowah Volunteer Fire Station to help raise money to pay for his medical expenses 2 weeks ago. Griffin loves Vicky and always enjoys seeing her and being around her, he really responds well to her because she works with special needs individuals and she was just born with that special something that someone needs in their heart to communicate love and understanding to a special needs child/adult. We don't get to see her very often because she lives about 30 miles away and she has her own family to cope with and work but it just makes our time together that much more extraordinary. We are truly blessed to have her in our lives, I have no reservations that if something happened to me that Griffin would be in very safe and happy hands with her...she would see to it that he would thrive to the best of his ability.

Posted by Lora at 6:23 PM No comments: Links to this post