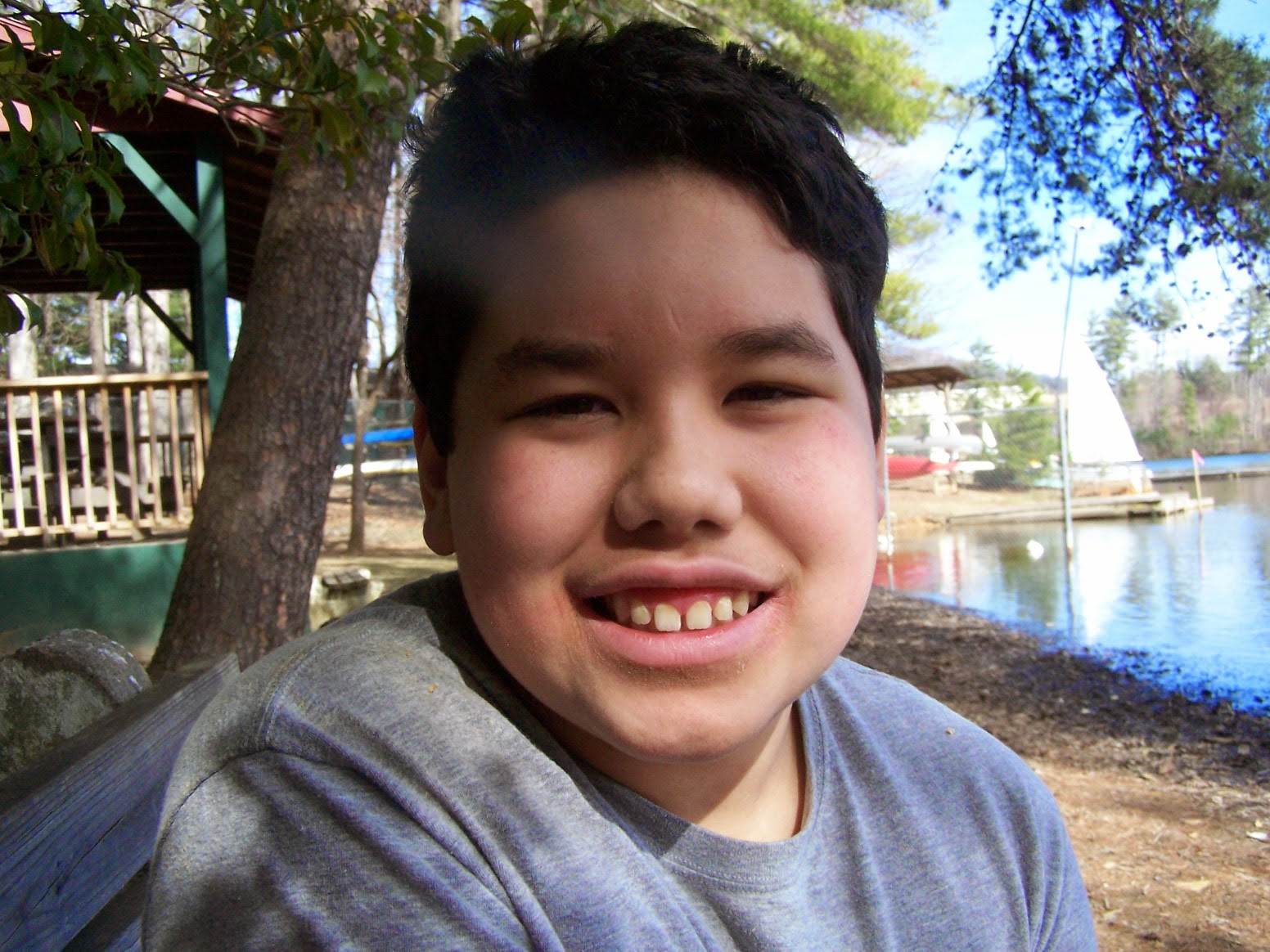 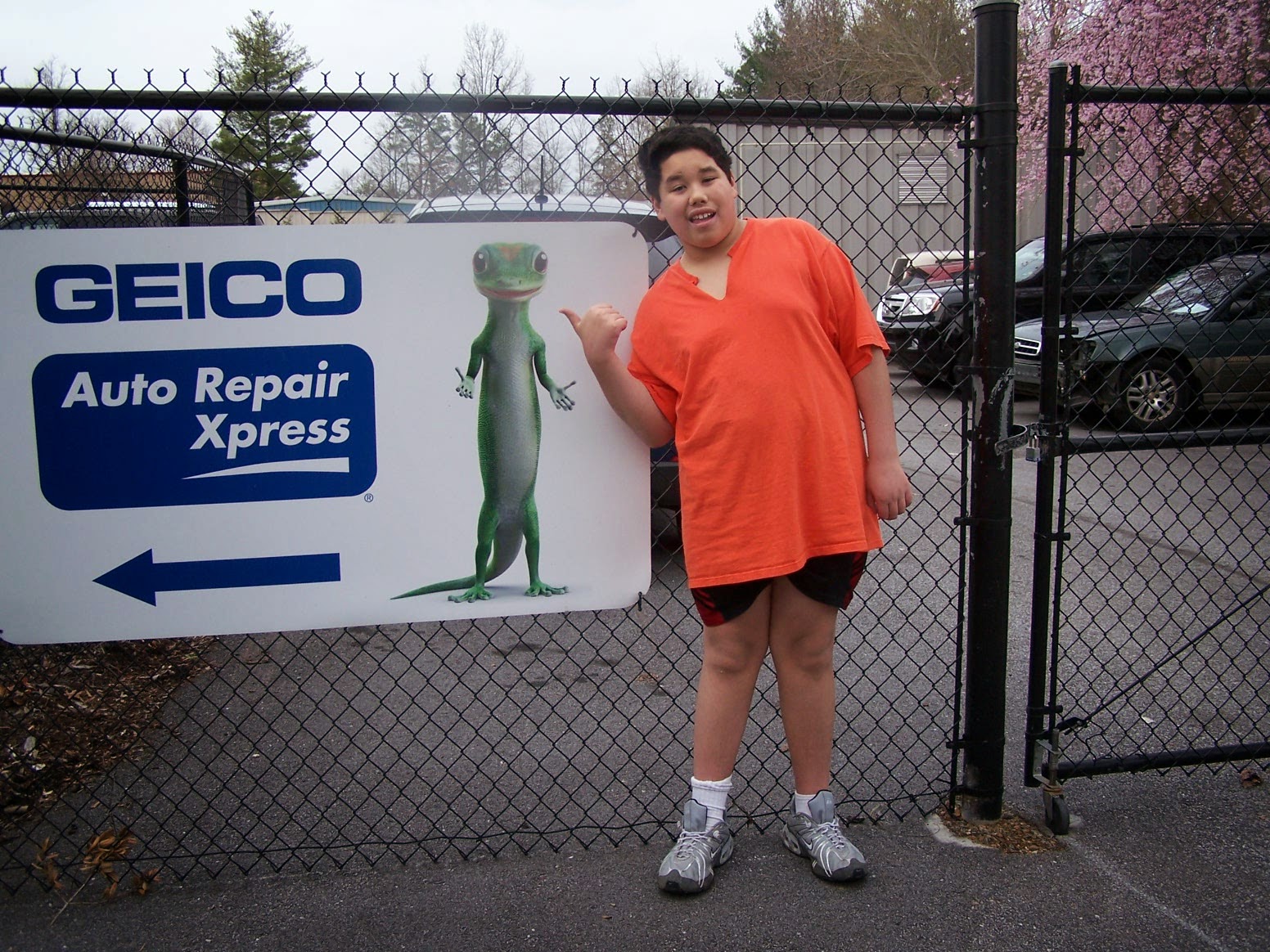 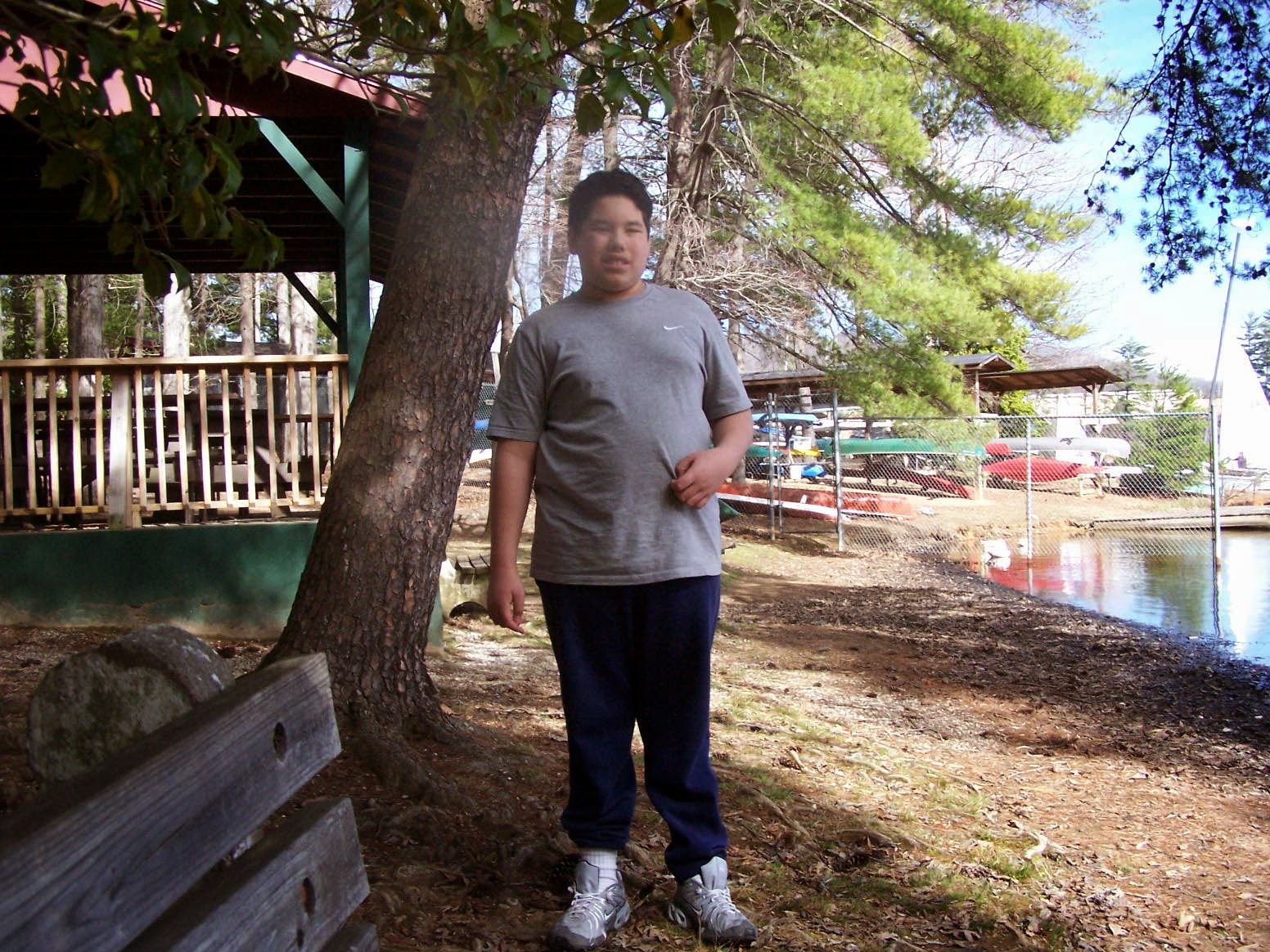 I look up to Griffin as I am only 5'4" or less by now but he is slimming up a lot as he is growing taller more than he is out now. My waist is bigger than his and I weigh more. He is a gentle giant though and has learned to be more gentle with the cats and with the water fowl that he picks up to snuggle when we go to the lake. He is just so affectionate and can't help himself. I am so blessed and give thanks every single day for having the opportunity to share my life with him and do not take one minute for granted that I spend with him.

We finally got our car back and we are enjoying our freedom. Freedom and independence is certainly not anything that I take for granted, I am very very grateful for them. His psychiatrist noticed today that he is so much more mellow and well mannered than a month ago when we were stranded.

I am feeling so good that I am writing again but this time I am not waiting to use the computer to do it, I am doing it the old fashioned way with pen and paper. Writing is so cathartic for me and it surprises me how much of my past that I can recall when I sit in the silence in reverie soaking up the delight of most the memories while having the ability to distance myself from emotional attachment to the more tragic and traumatic recollections of specific events that changed my life. Watching foreign films again and loving it. I watched them when I was much younger and now I once again appreciate the intellectual stimulation that I get from watching them. I love being able to be more active again though my sleep is still pretty messed up as I can't sleep until the wee hours of the morning about 4:00, 5:00, even 6:00 a.m. then I can't wake up until at least 11:00 when Griffin wakes me to  make him breakfast usually I fall back to sleep for a couple more hours. Frustrating! But I have faith that I will get back in sync one day in the meantime I enjoy having time to myself in the peace and quiet while Griffin is asleep.

He has shown me more interest in learning as of the past few days especially since I have discovered a way to speak to him in order to get him to respond immediately rather than saying that I am bossing him around. I merely say to him that " I would like for you to...." and then he does that task right away with no complaints. I am so proud of him as he has shown a great deal of maturity in the past couple of months. He even responds when I tell him that it is time to read and do some learning. We even discussed starting vocabulary and spelling tomorrow. I am so excited.
Posted by Lora at 1:34 AM 1 comment: Links to this post 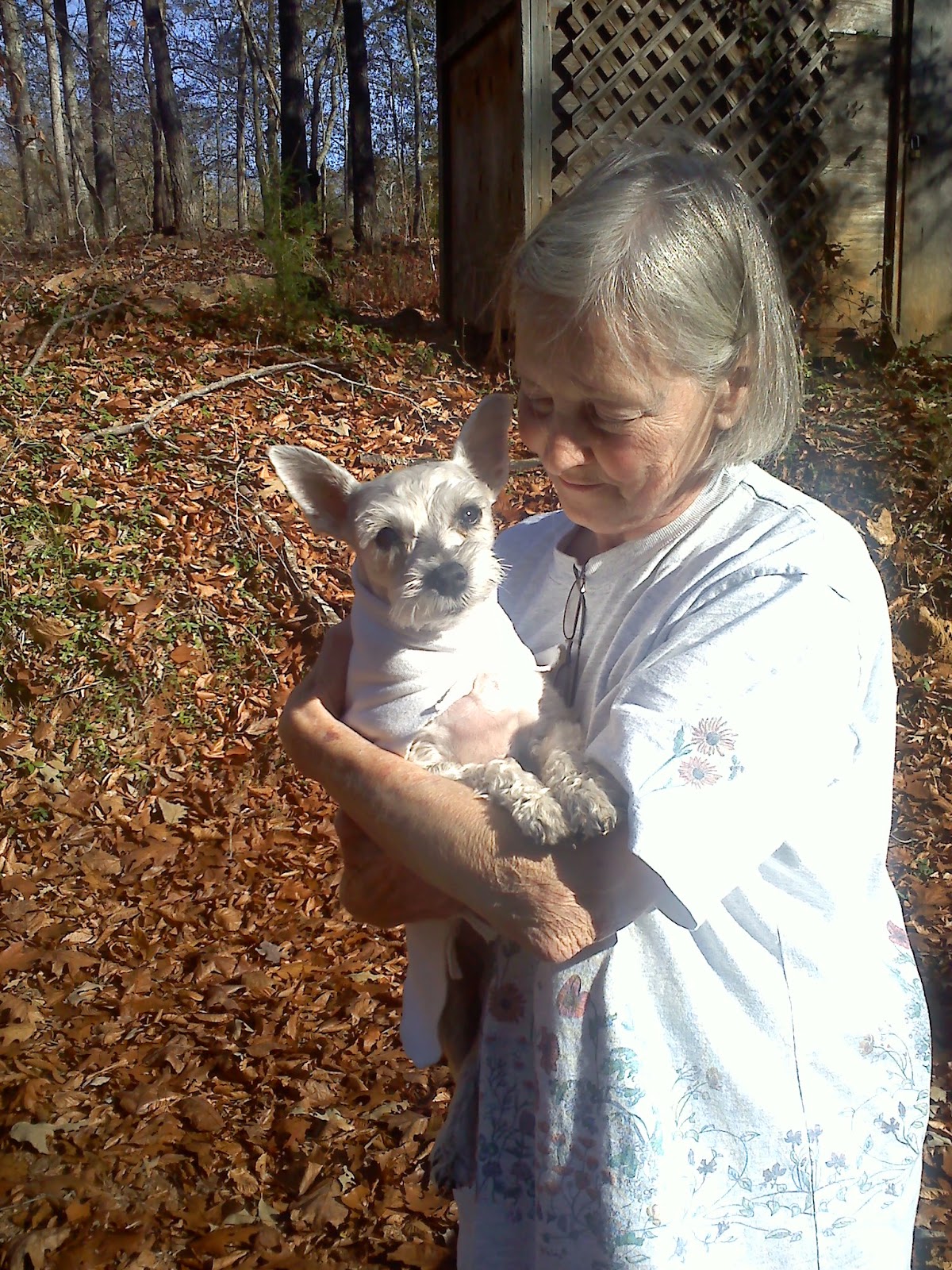 My mom and a past photo of her beloved "Jade" whom we miss a great deal, she was so special. 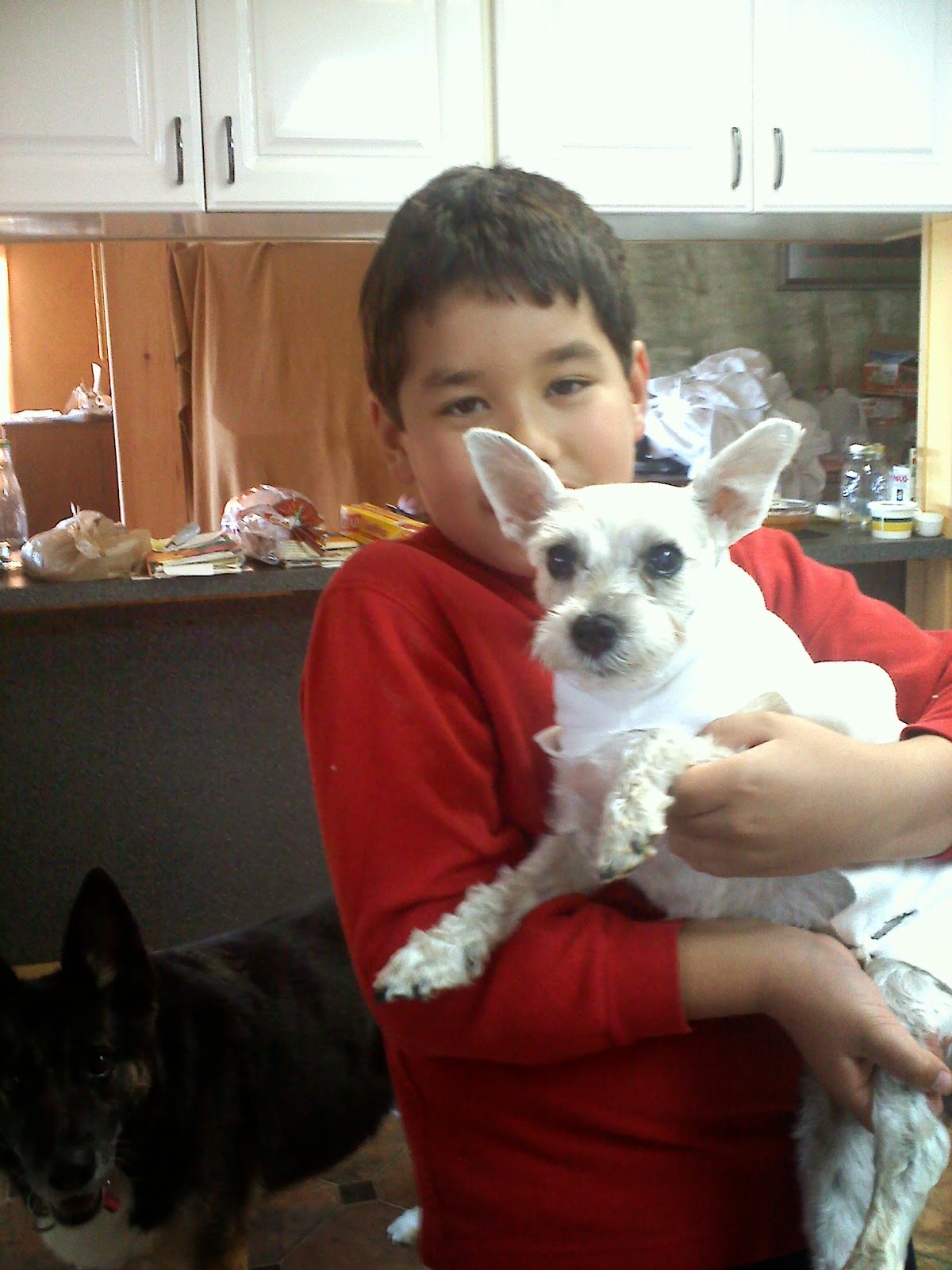 Griffin adored Jade as well, she got lots of lovin' 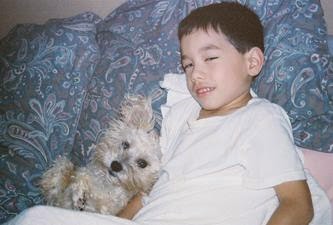 Griffin used to be so small and thin, one would never know that he was going to grow up so big and tall 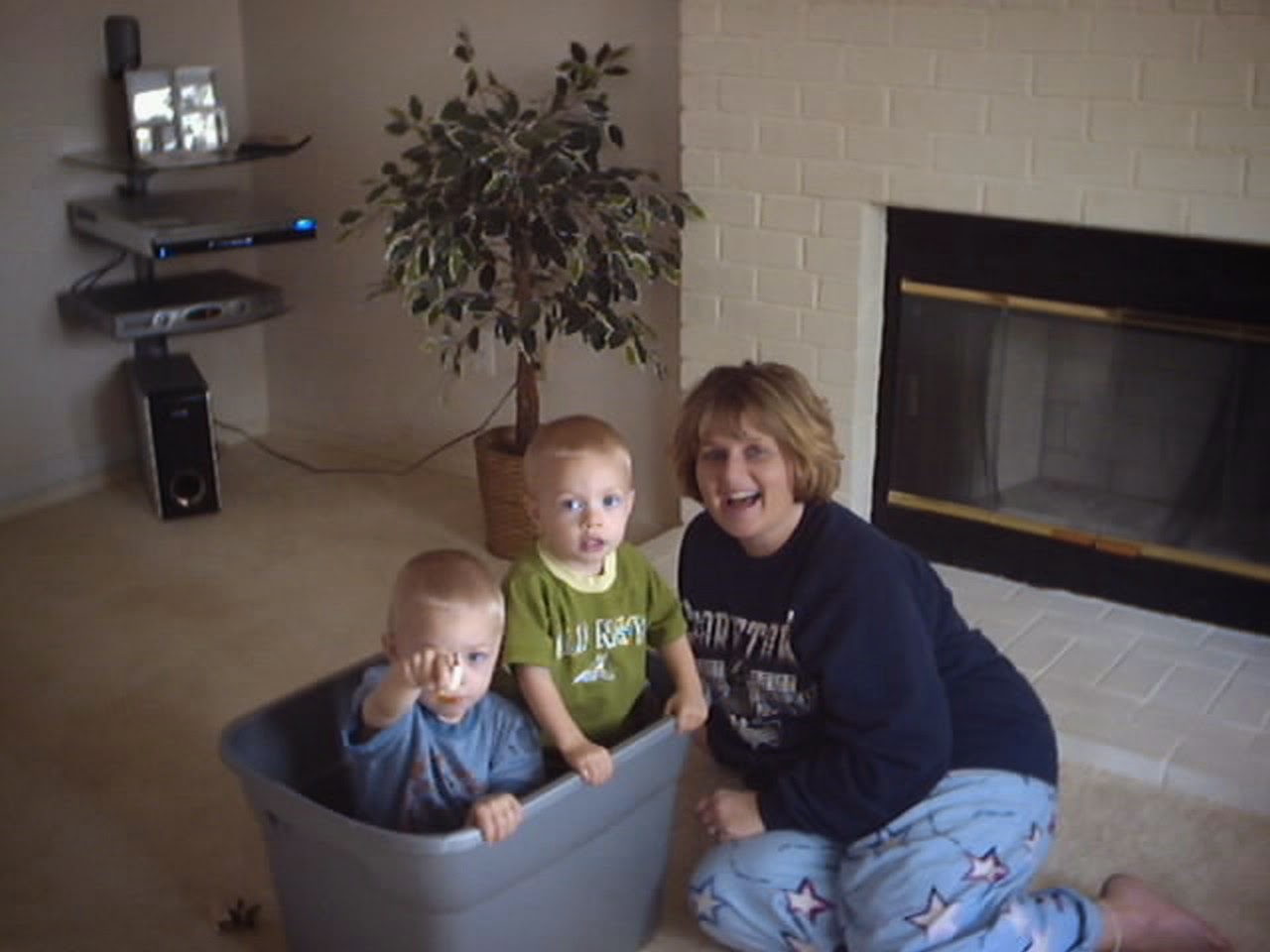 This is our dear sweet friend Sheila and her grandsons in Alaska. We used to visit them often, they were a big part of our lives. Sheila was one of Griffin's first educators in his early intervention, 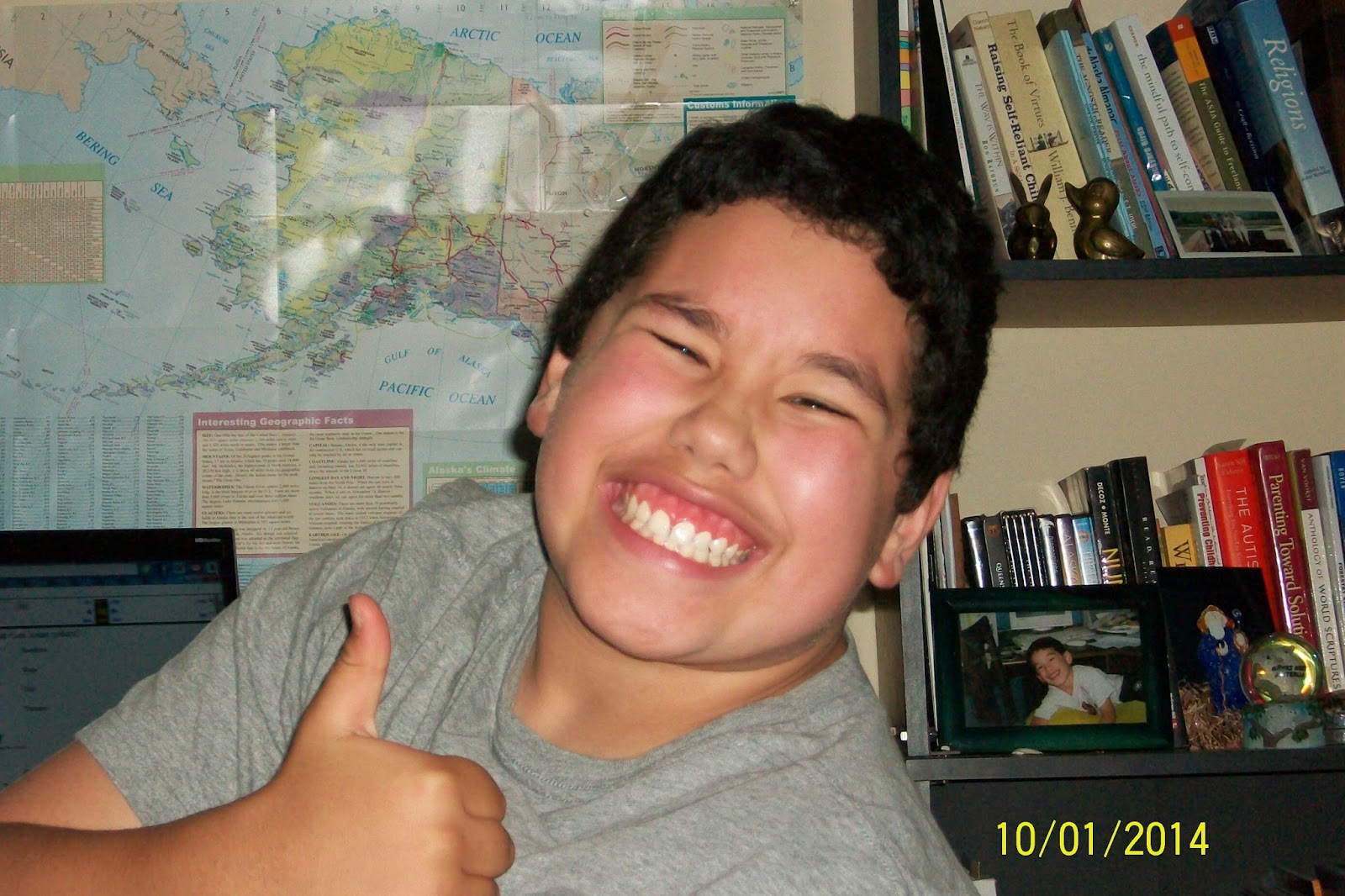 I don't have a recent photo of Griffin but suffice it to say that he has grown exponentially just in the past year. And now that he is 13 years old the signs of puberty are quite apparent but not in a bad way. He is candid with me as we have a exceptionally close relationship and talk about everything.

He was weighed and measured the other day at the doctor's and he now weighs 186 lbs and is 5'10"!!!! It is apparent that he is half Samoan because both the men and women are very tall and large people much like many of the different races of the South Pacific. He is a gentle giant who loves animals and is exceptionally artistic.

We have been without a; car for almost 3 months and after having it for only two days find out that it is still not fixed and have to take it back to the garage. But still we are blessed regardless of our challenges there is always plenty to be grateful for no matter what is happening to you. If all you do is complain about your life then for sure that is all you will have....misery. A self-fulfilling prophecy.
Posted by Lora at 3:39 AM No comments: Links to this post