It's Time to Go

I'm feeling so overwhelmed because I have so much to do and I just don't know how I am going to get it all done in time. It sure would be nice if I had some help! I don't even have time to sit here and compose an entry. Gotta run, Griffin will soon be here and then we've got to go to speech. I am shipping my computer tomorrow so I doubt that I will have time to write again before we leave so GOODBYE EVERYONE for now and see you when we get to South Carolina. Stay well my friends and love & hugs to you all! Wish us a safe journey and NO meltdowns.
Posted by Lora at 5:41 PM 5 comments: Links to this post

Well, we had a wonderful Thanksgiving and we are truly blessed with dear friends who really care about us. I hope that all of you had a great time as well. Griffin played both alone and somewhat with other children. He has this propensity towards playing with little kiddos, those much smaller than he and when he is near them he totally interacts with them face to face. It is so darn cute to watch. He will bend over in an attempt to get down to their size, look them straight in the face, and begin talking to them and often trying to hug them as well. I think that I can safely say that he is "playing" with them when attempting to do this and I believe that I can also say that this is progress as far as socialization goes.

Sorry for not having any pictures of Griffin, I think that the last one that I took was of Griffin in the snow out on our deck however, I don't have anymore because I have not been taking photos with the digital camera. I hope to remember it before we leave and take some unforgettable pics of Alaska and my little precious kiddo.

That's all for now folks, have a happy Friday and a wonderful weekend.
Posted by Lora at 3:29 AM 5 comments: Links to this post

I'm just waiting now until it's time to do the last minute packing and cleaning. Griffin is doing well, no more signs of him knowing that something is up. He's been acting quite himself, the happy little camper that he is, and still showing signs of great progress. Today he is a bit hyper but I am glad that he is active and playing well on his own because we are staying inside all day due to the freezing cold temps. It's a good thing that there's not much to do because I am feeling really unmotivated today. I should be doing something productive but instead I am going to catch up on reading/commenting on all your blogs. I have missed reading what's going on in your lives and with your kiddos. Lately, I have been feeling anxious and stressed out over this move especially the closer it gets to the 2nd day of December. I worry too much, I'm sure but I can't help but wonder if I will get my stuff done in time and have my apartment cleaned out in time to get my deposit back. That's $700.00 I could certainly use as I will have no income once we are in South Carolina. I worry too that Griffin is going to have a major meltdown once we are on the airplane and I won't have any help unless complete strangers help me like last flight we had back in April when we went to go visit my family. We shall see I suppose, I can only hope for the best and be prepared for the worst, that's my philosophy anyways. As I mentioned before, it is exceptionally cold here and clear/sunny which is always conducive to a good mood but not so easy on the body since the clear skies make it even colder. We haven't had any fresh snow for weeks now and I would like to see some nice new powder before we leave so that I could get some great pictures and because it tends to be warmer when it snows.
Posted by Lora at 5:22 PM 2 comments: Links to this post

Griffin is Beginning to Notice 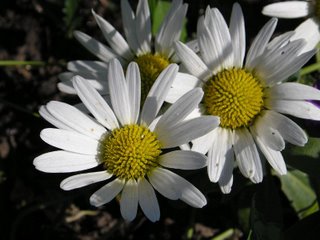 Griffin is beginning to show signs of not understanding what is going on even though I have explained it to him I still don't think that he gets it. This morning he woke up disoriented and crying. He couldn't figure out what it was exactly that he wanted even though he was trying to tell me, I just couldn't understand him. It finally passed and he got over it and eventually was his happy little self again but I can't help but to think that he did that because of all the changes around the apartment. For the most part our routine is the same and he seems to be doing okay at school at least as far as I know, Kathleen hasn't written anything to me to indicate that he is having any trouble there. This afternoon he seems to be fine too playing on his own, laughing, and talking as usual.

It is so very cold here, presently it is 12 degrees with a wind chill factor of -5 but because of the wind it feels much colder than that actually. My apartment's heat is not working right and it won't heat up beyond 70 degrees which sounds like it is fine but my hands are very cold and so are Griffin's. I have the thermostat turned up past 80 degrees but it won't budge. I am concerned that the colder it gets outside the colder it is going to get in here. I told the landlord and all he could say was that the apartment needs more insulation (which he is going to take care of after we leave) and that 70 degrees is not so bad so in other words, he isn't going to do anything about it. He also stated that the heater wasn't working hard enough to pump out the necessary warmth that would be necessary to heat the apartment. I don't have a space heater nor do I think it is wise to go out and purchase one when we are about to leave. So, I think that I am going to ask him if he has one that I can borrow.

As far as the packing goes I have packed up all that I can for now of all the stuff that we are not using presently and the ARC/thrift store is picking up the donations tomorrow thank goodness. I am so ready for all this stuff to be out of here and not be piled up in the kitchen floor and in the closet. I am ready to clean up and get the last minute stuff packed up and sent.

That's all for now folks, I am going to attempt to get some of your blogs read tonight so hopefully I can catch up on what is going on with you all.
Posted by Lora at 7:55 PM 3 comments: Links to this post

So Much To Do!

I just can't believe how much stuff I have got to pack, throw away, and to donate, it is so overwhelming! This apartment looks like a cyclone has been through here. I have sent already 8 boxes and still have 7 boxes to go. That doesn't include the stuff that's left for the last minute such as toys, clothes, and Griffin's VHS tapes that I plan to send. Talk about expensive, it's a good thing that I have enough money to send this stuff or I would have to donate things that mean a great deal to me. I have been asked by several different people if Griffin has noticed that things are different, if he realizes that we are moving or not. As far as I can tell he is clueless and is acting just as he usually does. I plan on explaining it to him just in case he can understand the concept but I think that as well as I know Griffin he will not react to things being different until it is time to get on the airplane then I believe he will definitely show signs of protest and have a meltdown. I truly hope that he does not get upset and feel overwhelmed, I have a book of PECS that Kathleen made for him for traveling on an airplane from our last trip that should help him to adjust. It is my hope that he will be calm and relaxed because I plan on giving him the Clonidine to help him sleep. We are scheduled to leave in the wee hours of the morning and have our first layover where I hope to be able to meet our friends who we have never met before in person, only through the internet and through phone calls. I am so excited to get to meet them finally. Well, it is time to get back to packing and cleaning, I will keep you updated and let you know what is going on when I am not too busy packing and stuff. I may not have time to stop by your blogs, sorry, but I plan to catch up once we are in SC.
Posted by Lora at 12:18 PM 4 comments: Links to this post