Griffin as Colonel Sanders of KFC

Griffin wanted to dress up as the late Colonel Sanders of Kentucky Fried Chicken because one of his most favorite things to do is to draw, search for online, and collect advertising icons from days past.

So last night he thought that he would take it one step further and look like the real thing by putting white paint in his hair.

We are still doing intensive in home bit we don't really need it anymore because things are going so well. His behavior is stellar and he is sleeping much better as long as I don't put him to bed too early. He still goes to school late but the teachers and I have that all worked out. 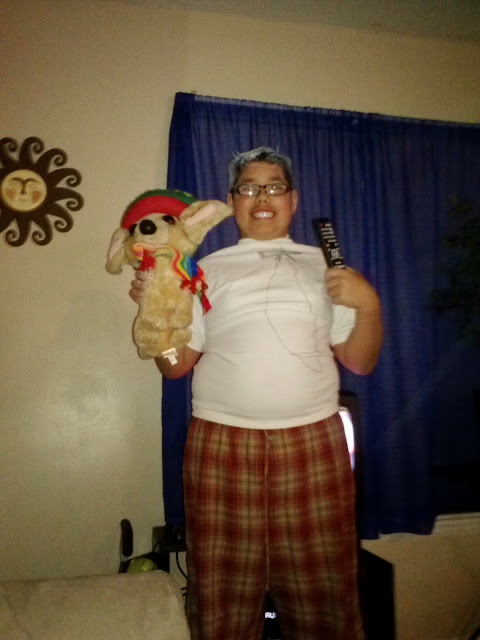