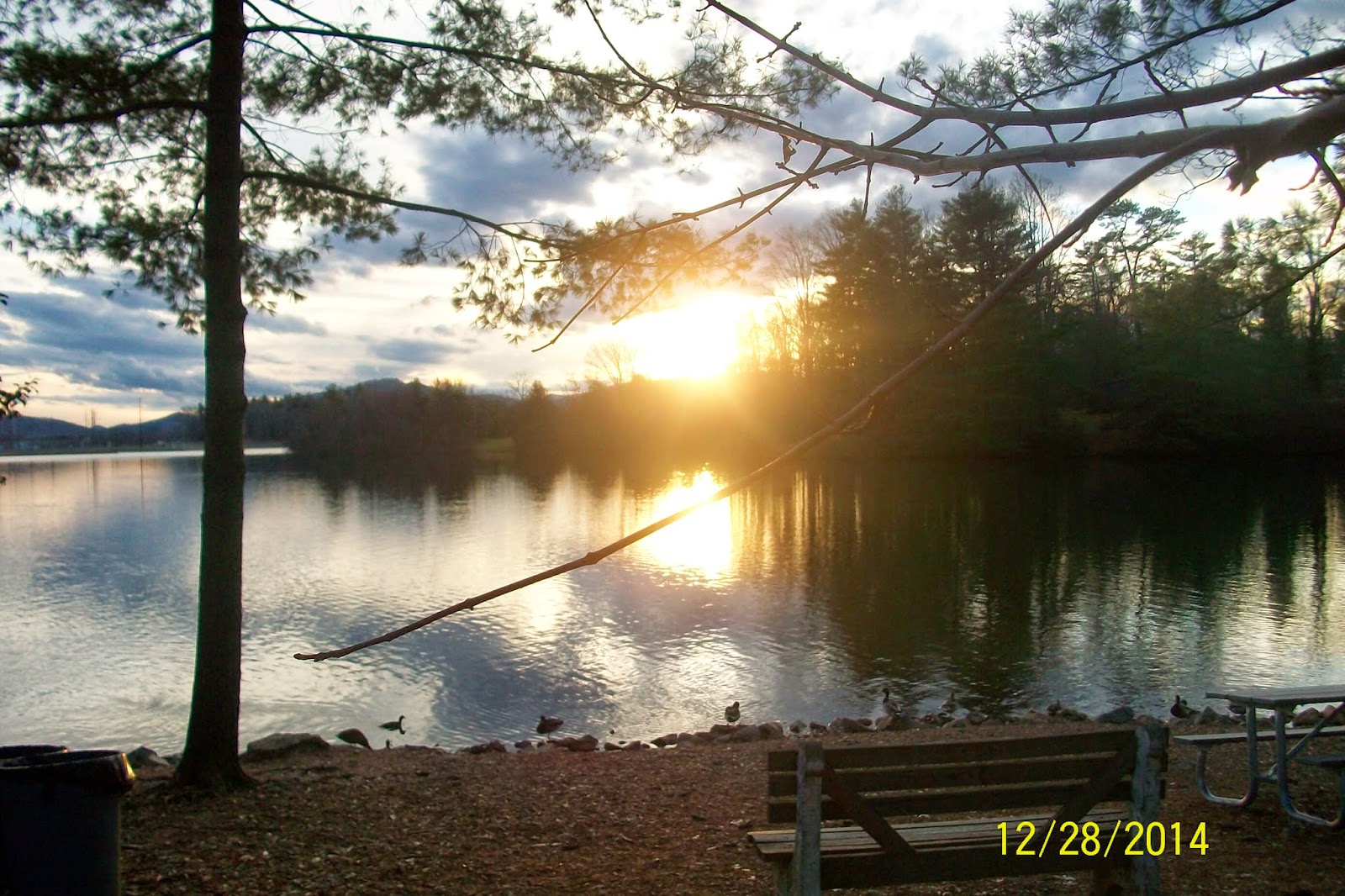 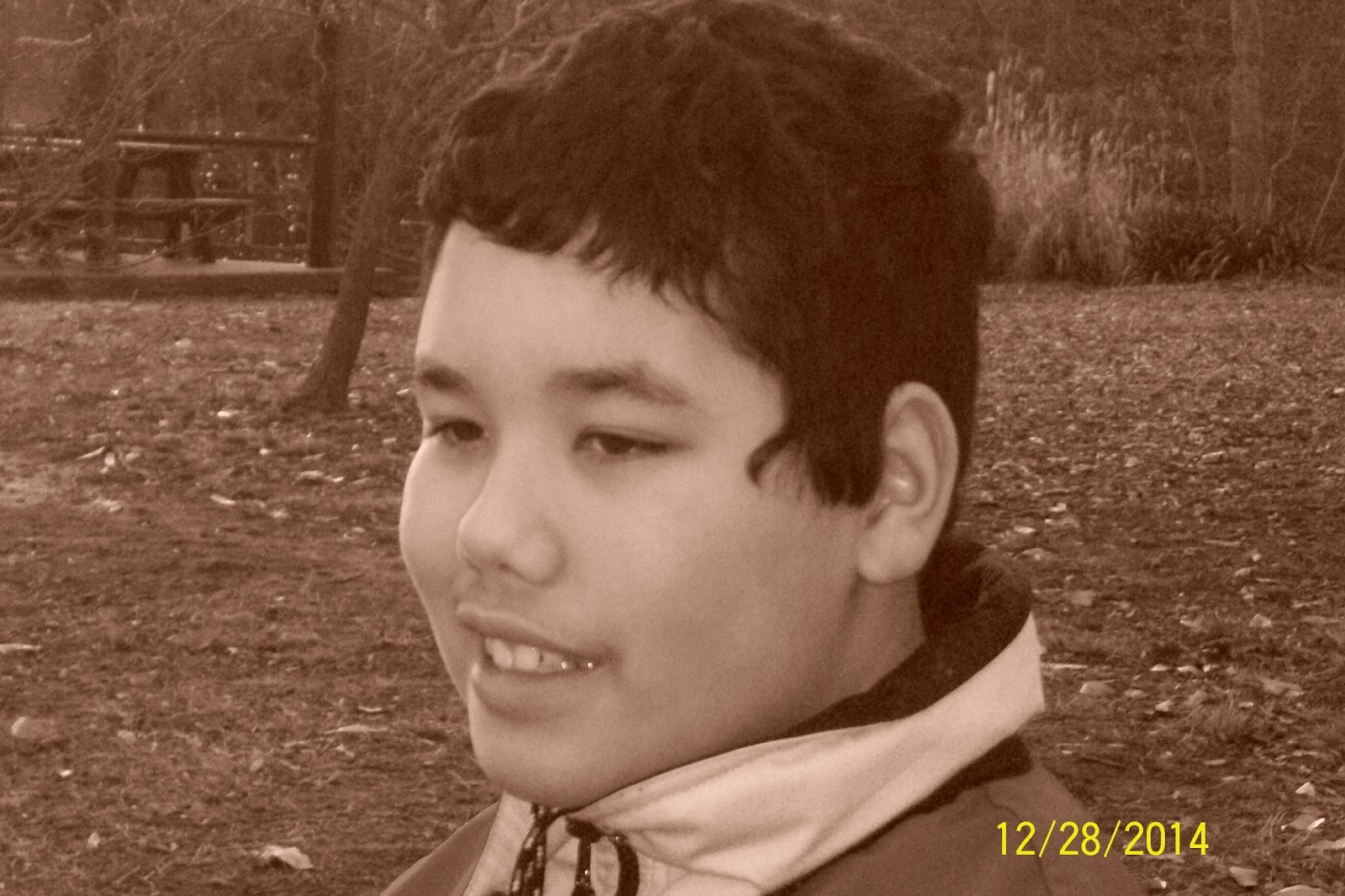 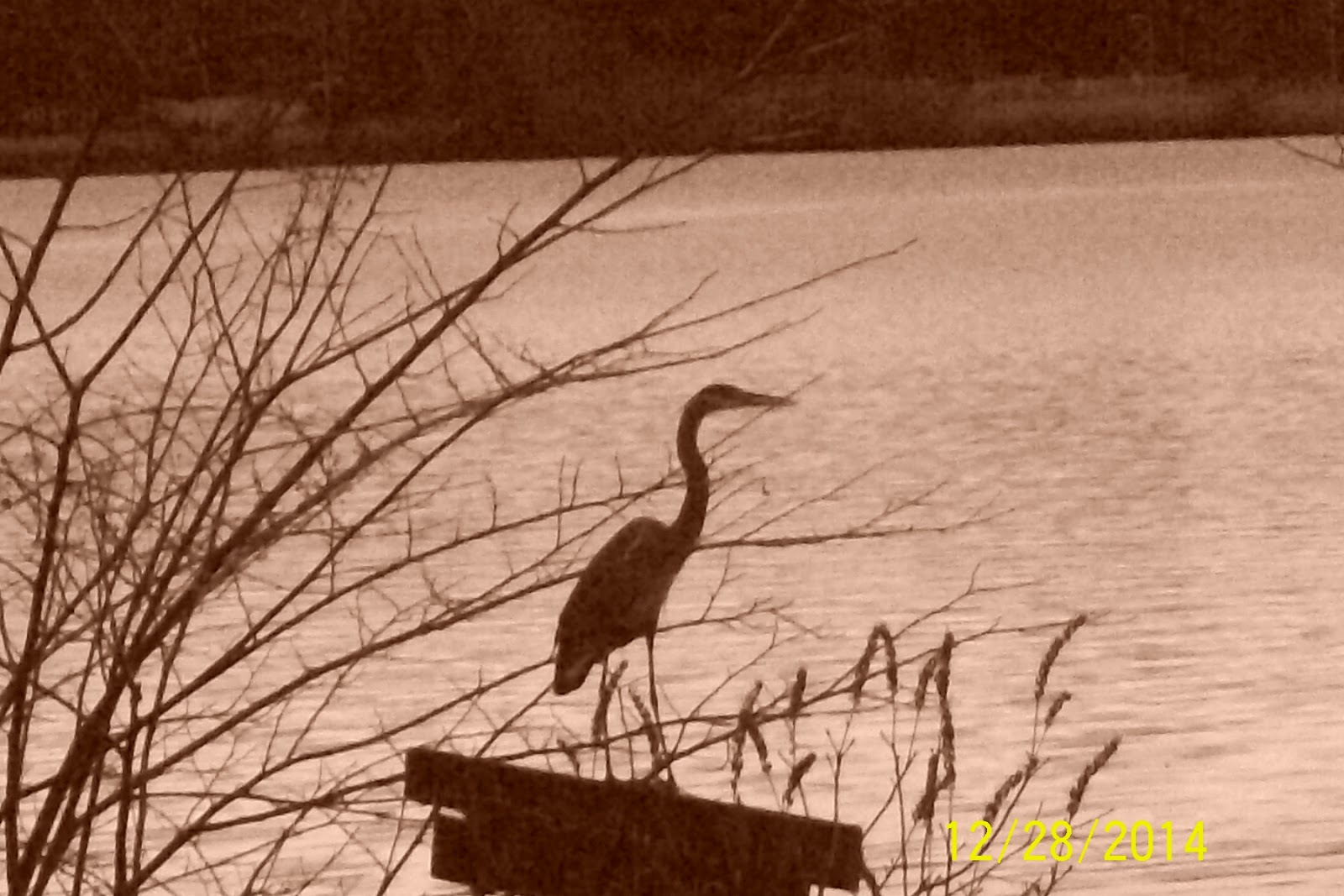 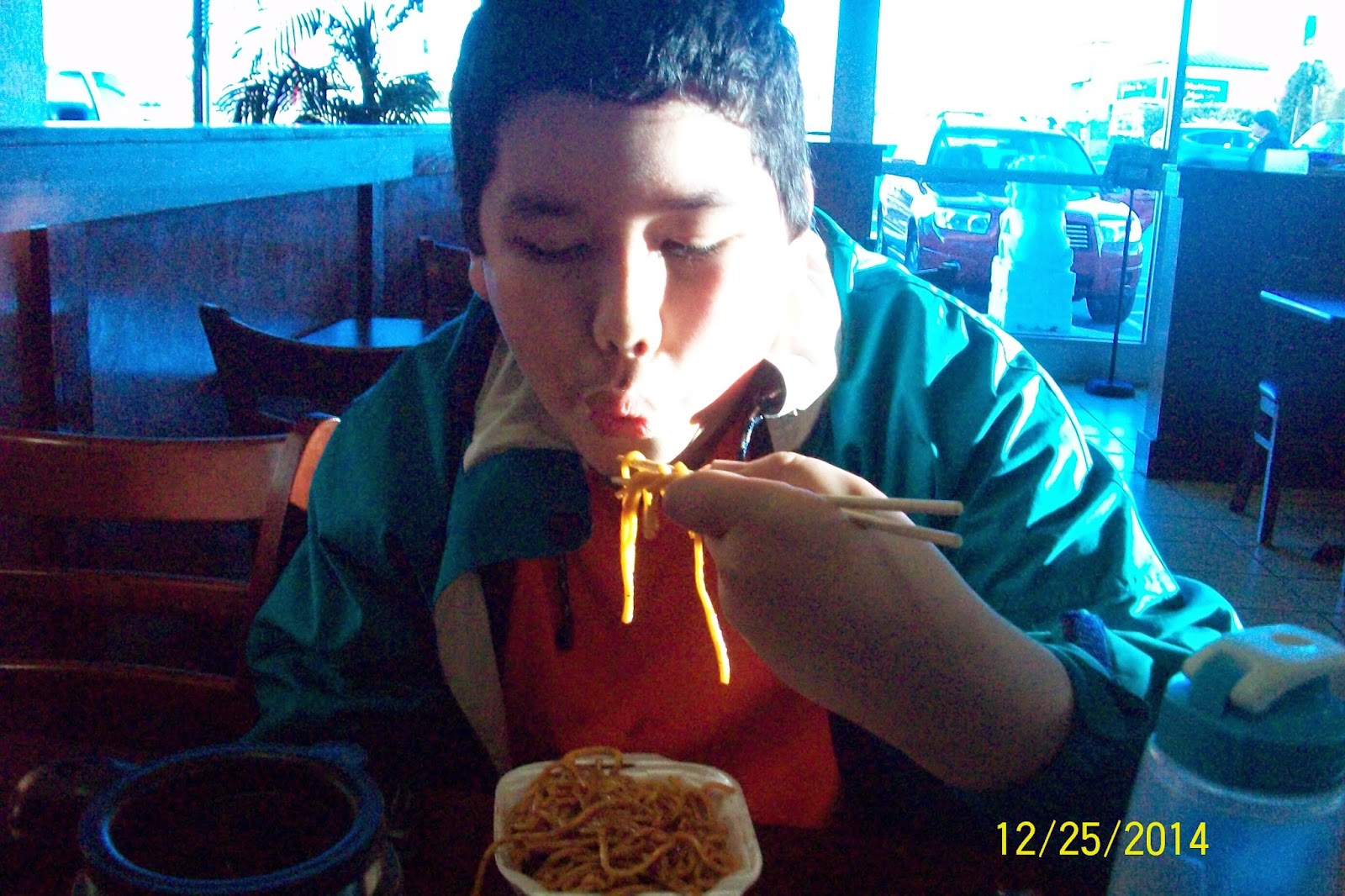 We had a wonderfully peaceful holiday together just the two of us. Griffin ate with chopsticks for the very first time and I was so proud of him. He wanted to eat at the local Japanese restaurant for Christmas so he got some Lo Mein noodles with soy sauce. They are excellent! Then we just went for a drive and back home to hang out with the kitties.

The other photos are from the lake and I don't know if that bird perched is an egret or a whooping crane but it was beautiful and large nonetheless.

For New Year's Eve we stayed home nice and cozy. My sleep is still messed up due to my Fibromyalgia I believe because on New Year's day I felt horrible even though I had gotten over 8 hours of sleep. It was as though I just couldn't wake up all day long. Now that it is late evening I am wide awake of course. We did go out and about today because no matter how bad I feel I push myself so that Griffin can have a life and not stay home all the time.

Griffin is growing and developing so rapidly and making progress all on his own. In just a few months of working with him on taking a shower on his own without me reminding him, he has done so and now will get in and I only have to ask him once if he is going to and he offers no resistance. His OT and PT are lately bragging on how wonderfully he has been using his words to communicate his needs and identifying and labeling his feelings. This is a big deal for someone on the spectrum and I believe that he has done so well because it has been a team effort between his therapists and myself. I treat all his needs and wishes as a big deal . Some may seem small to me but they are a big deal to him and need to be validated. If I listen to everything he has to share now then later on when I really need to know how things are going with him he will be more willing to share with me then...as he gets into his teens he requires his privacy but at the same time I hope that he will feel safe and trusting enough to share those things that bother him and are important to him. To me, this is far more important than anything else in the whole scheme of things because it is the essence of his communication and will serve him well as an adult. To be so aware of his feelings and how to cope with them and how to cope with and understand the feelings of others.

Sounds as if he is making great strides!

TC does good most days but we struggle with saying appropriate things. :)