Out of the Hospital

I had to go to the hospital because I got an infection in my knee from the surgery, a staph infection, so I had to have IV antibiotics and had to stay in there a week while Griffin had to stay with my friend Vicky about 30 minutes away. I only got to see him once while I was in there so I was pretty sad. The doctors didn't even figure out that I had an abscess in knee until I had been in the hospital several days and they finally took the steri-stips off and puss poured out then they had to clean it out and boy was that painful because it went all the way to the bone.

Griffin seemed to be enjoying himself while he was at Vicky's, he didn't say much on the phone because he never does but what little he did say it was a good sign and when he got home he seemed okay too. She had good stories to tell me of things that he did while he was there too. She has a kitten there they he really took to but who didn't really care for him because Griffin is a bit rough with cats as he doesn't really pick them up nicely yet he does know how to hold them, sometimes it is too late because by then they are already scratching him. He doesn't mind though, it doesn't discourage him from holding them again in the future because he has such a fondness for them. He always brings Dot, our cat, to me to show me how he is holding her so nicely and how she is so calm in his arms each time and she is because she will allow him to pick her up and hold her but will not allow me to do so. There is something about Griffin that she knows and tunes into.

While I was gone I trusted my neighbor Nikki to care for my home and Abby and Dot for me and I left in a hurry to the hospital without thinking to shut down the computer or to hide my list of passwords for it, there were too many other priorities on my mind at the time. So when I get home Griffin wanted to get on the computer right away of course and he did but he opened too many tabs and had to reboot the computer and when that happened it told us that we had to enter a new password when I had it set so that the parental controls were off when I left so that the passwords were not active. So, I had four users on the parental controls and she was only able to change 3 of them so I was able to get through to use my desktop on one of them but it did not have access to any of my files or pictures or anything so I thought that she had deleted everything and I panicked. Fortunately, I had a friend who had a son-in-law who works on computers who was able to come over and fix it for me and get it back to normal for me boy was I grateful! All those photos that I thought were gone my heart was so broken.Needless to say she is out of our lives! I think that she wanted to sabotage the computer so that Griffin couldn't use it. I will have to write more on that later but she didn't like him nor did she understand him.

Now I am going out to buy some flash drives to back up my photos and documents so I never have that sinking feeling again. That is years of memories that would have just disappeared because someone had it out for me and for what? I don't know why she did it. And to top it off she blamed Griffin for it, Griffin is a smart young guy but he is not clever enough to do that nor would he have any reason to mess with something like that to even go to that part of the computer. She not only changed my desktop password but also my Facebook password and my Hotmail password because I had my password list sitting beside the computer. 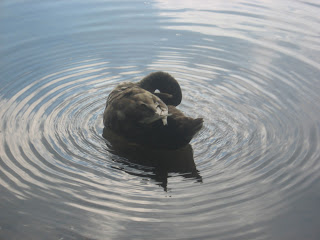 Hi Griffin and his mommy
I am sad to hear you had an infection in your knee, and that you had to endure lots of pain, but I am happy you are home and are now on the mend. I am happy Griffin had fun at your friends house. Griffin is an amazing brave warrior, courageous fighter, smilen champ and an inspirational hero.
I was born with a rare life threatening disease, 14 medical conditions and developmental delays.
http://www.miraclechamp.webs.com